We possess a highly skilled, adaptable and dependable workforce.

We are consistently recognised as one of the best places to live, work and play.

We are strategically well connected with excellent access routes to Wales, the UK, Europe and the world.

We are a competitive, supportive and business friendly region.

The following opportunities list a number of potential investment areas covering  a combination of things from established specific commercial property options through to areas for which we are looking to develop future funding proposals. 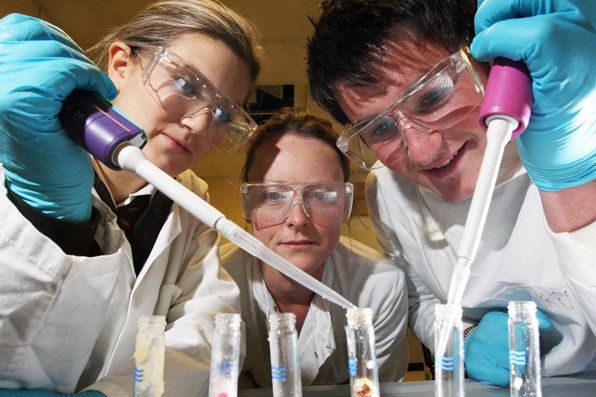 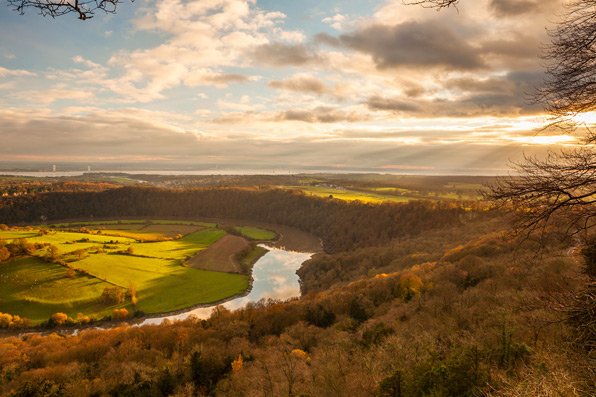 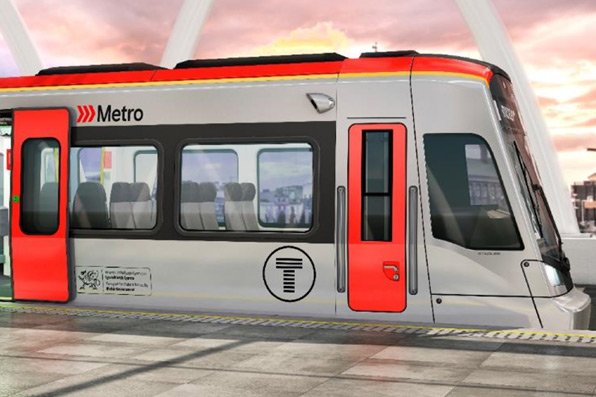 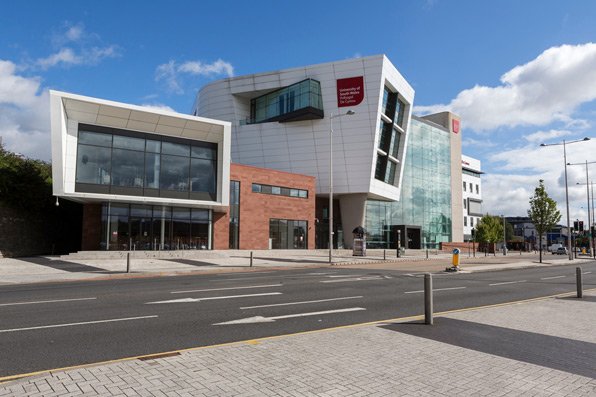 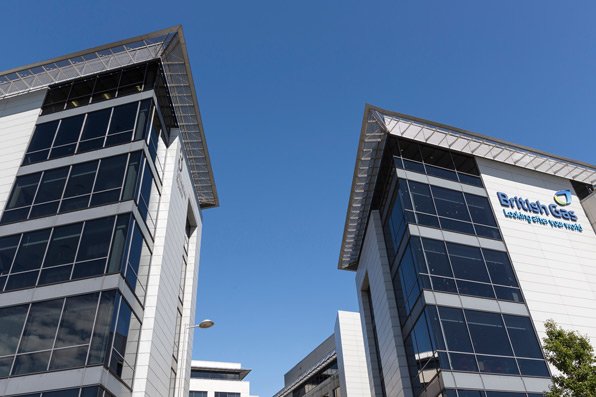 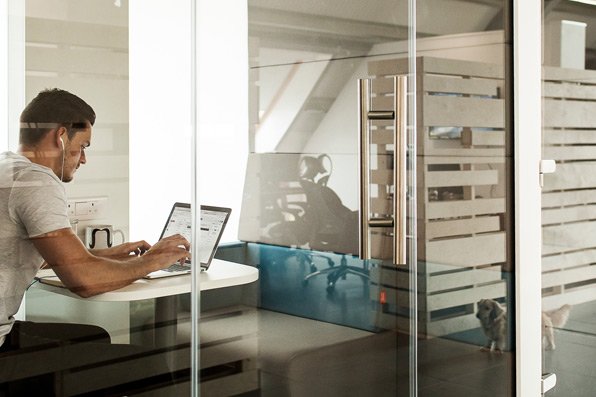 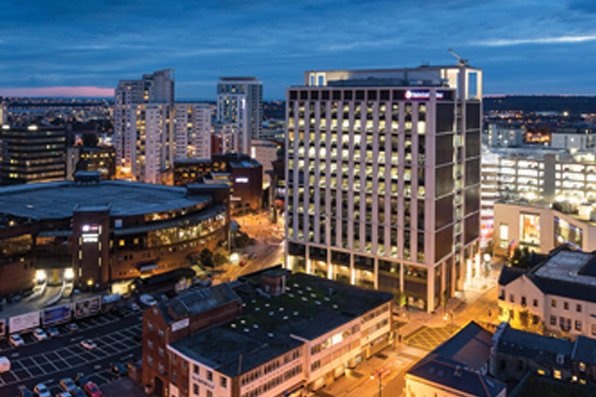 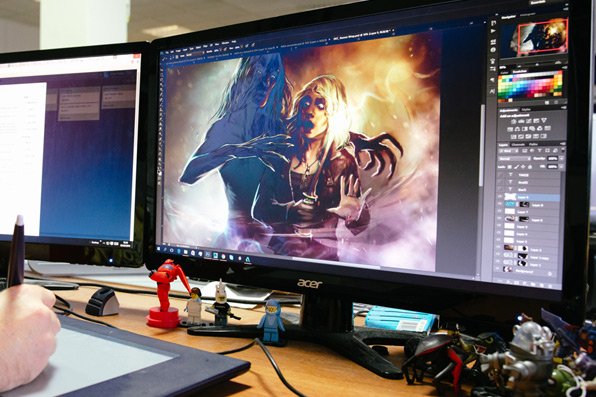 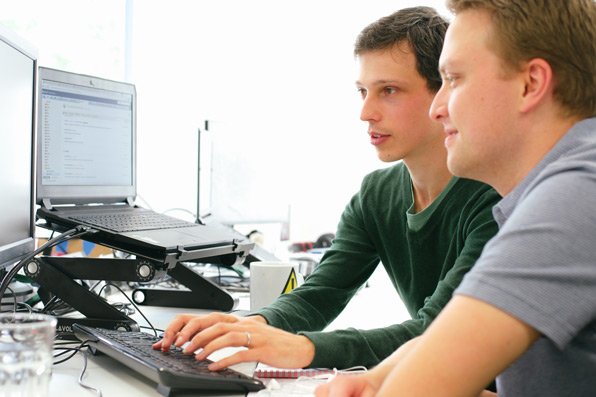 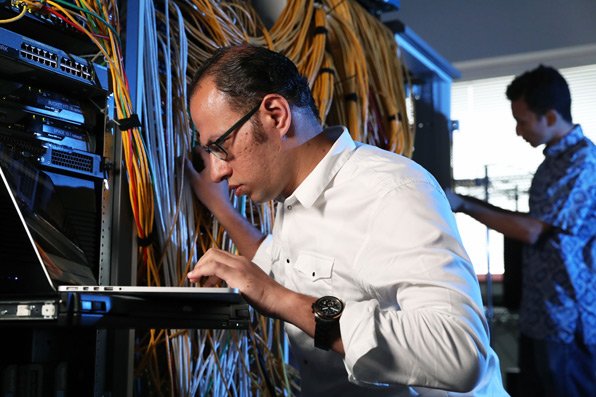 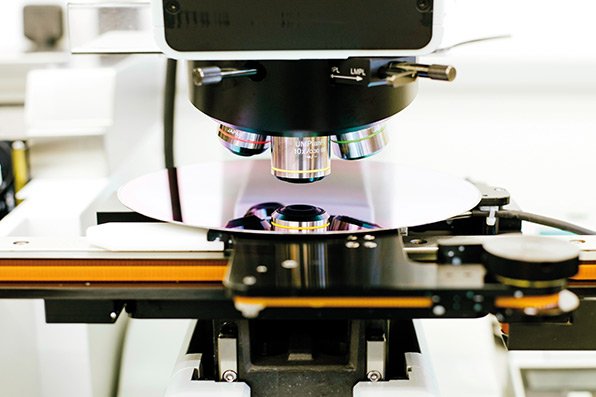 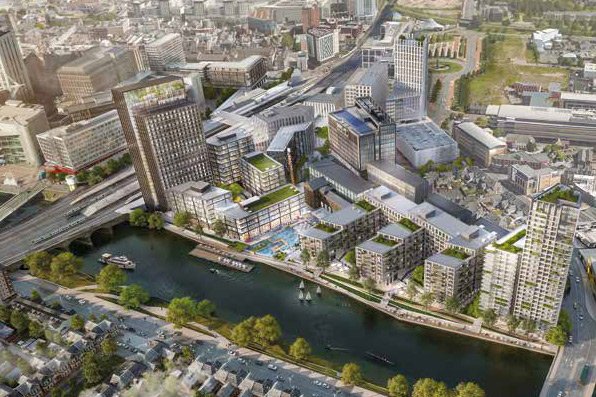 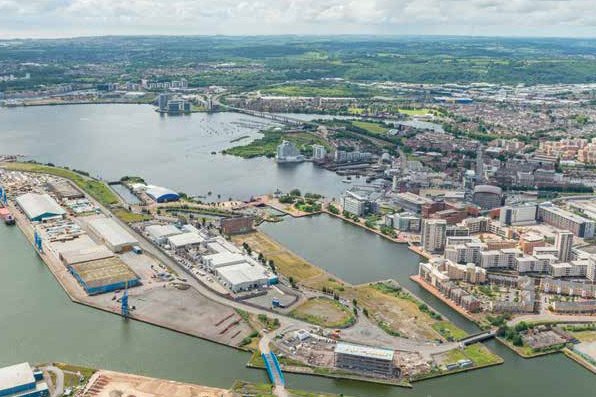 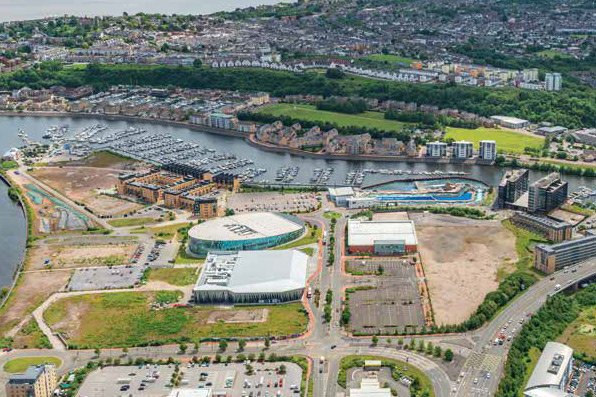 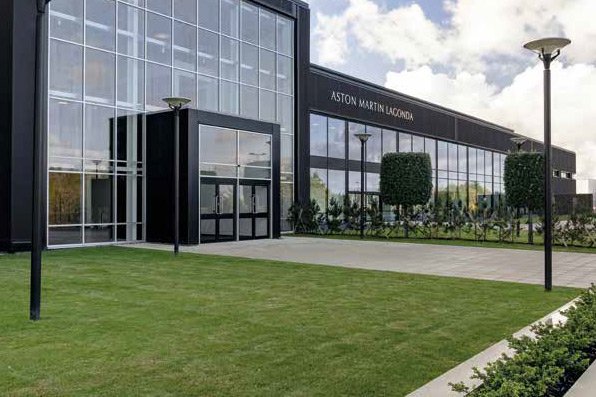 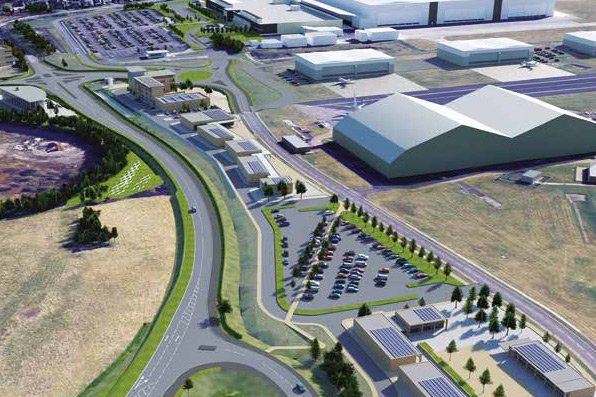 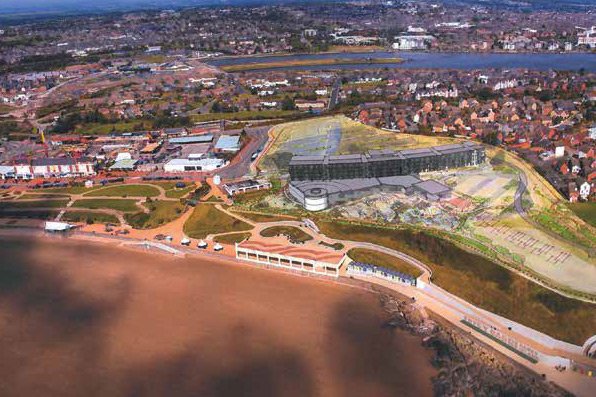 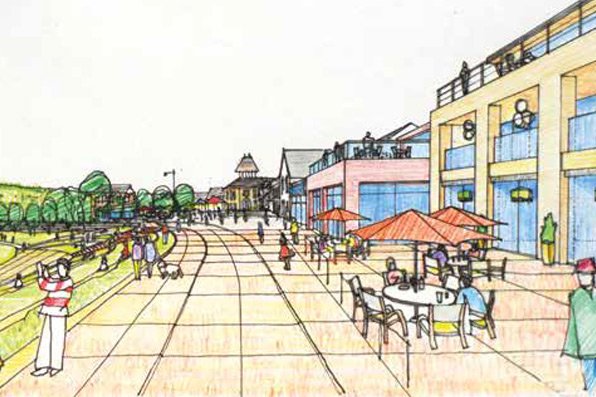 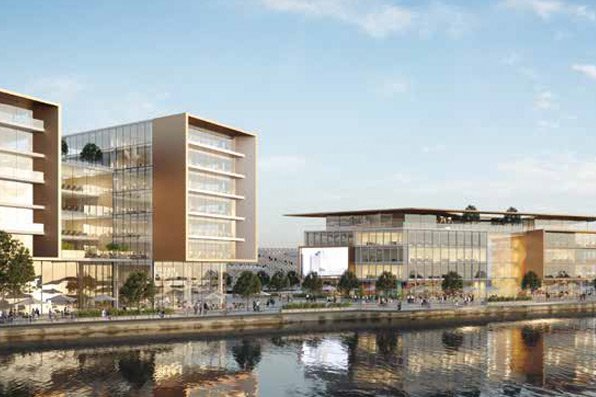 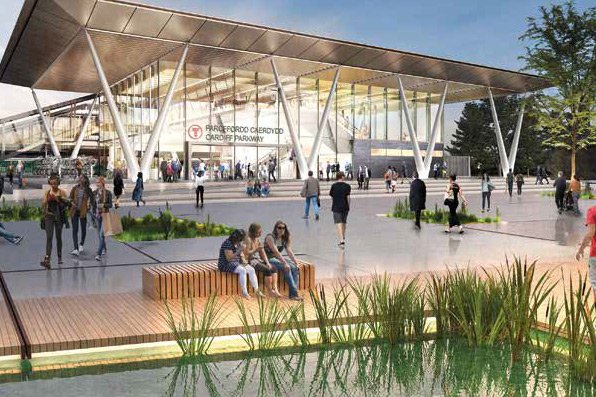 We possess a highly skilled, adaptable and dependable workforce.

Supply of local skills is one of the key considerations for any business deciding where to locate its operations and is of huge importance to how our region performs.

To compete effectively in today’s global economy confidence in a highly skilled, adaptable and dependable workforce is essential. The CCR has a strong ecosystem of skills, knowledge, and research and industry collaboration. Home to Cardiff University, University of South Wales, Cardiff Metropolitan University and The Open University in Wales, together they account for around 75,000 students. This is alongside five Further Education Colleges – : Cardiff and Vale College, Coleg Gwent, Bridgend College, Coleg Y Cymoedd and the College Merthyr Tydfil supporting the learning and upskilling of an additional 60,000 leaners. There is a strong culture of collaboration between HE, FE and Industry in the region. The Universities and their industrial partners make a strong contribution to the economic and social resilience of the region and are key to future growth.

With access to almost one million people of working age within the Cardiff Capital Region, our workforce scores highly on a number of key indicators – education levels are exceptionally high, labour costs are significantly lower than many other UK core cities and our workforce is distinctly younger than the UK average with a much higher percentage of workers between the age of 20-34. In addition, for more than 200 years the Cardiff Capital Region has welcomed workers from across the globe. Today the region is home to over one hundred different nationalities, with a broad range of language skills.

We are consistently recognised as one of the best places to live, work and play.

Quality of life is one of the big competitive advantages of the Cardiff Capital Region.
Whether is a vibrant city life, stunning coastline or awesome mountains – we have it all and are blessed with the Brecon Beacons National Park to the north and the Glamorgan Heritage Coast to the south.

As a region we offer a whole range of activities from world class golf at the Celtic Manor, blue flag beaches including Barry Island, a wide selection of historical landmarks including Cradiff and Caerphilly Castles and substantial areas of national parkland. We are home to the Principality Stadium, and Cardiff is also the place where major world-class sporting events take place such as the UEFA 2017 Champions League Final, international rugby, Ashes cricket and world heavyweight title fights.

Lovers of the arts will enjoy the Regions rich and varied cultural life. Cardiff Bay’s Millennium Centre has established itself as a world-class venue and the city is home to national institutions with international reputations including the Welsh National Opera, the BBC National Orchestra of Wales and the National Museum of Wales, Cardiff which houses one of the finest collections of Impressionist paintings in Europe as well as hosting major touring exhibitions.

The region boasts a plethora of restaurants, bars and clubs catering to every taste
Finally, our capital city, Cardiff is consistently recognised as one of the best cities to live in by residents and in the EU Quality of Life in European Cities survey Cardiff was voted the number 1 UK Core City for quality of life.

We are strategically well connected with excellent access routes to Wales, the UK, Europe and the world.

The Cardiff Capital Region is in a strategically strong position with excellent access to the national motorway and mainline rail networks.

Roads – The Cardiff Capital Region is located on the M4 motorway, linking the city to London, southern England and other cities in South Wales. Typically Heathrow Airport is easily reached in around two hours. The M50 / M5 motorways link the region to the Midlands and the North of England with Birmingham just two hours away.

Ports – With its rich world famous history, the various ports throughout the coastline of the South East Wales region have vast expertise in the handling of containers, steel, forest products, and bulk cargoes. With good connections to the rail network, and within easy reach of the M4 motorway, the port handles around 1.7 million tonnes annually, supplying customers with specialist storage solutions and dedicated handling equipment.

Air – The region has 4 International airports within 140 minutes’ drive time. It has its own airport situated next to the Severn in the south west of the Region, which the Government acquired in 2013. The airport boasts a long runway, capable of taking the A380 jet, offers an “over water” approach and is the base for BA’s long–haul aircraft maintenance facility. We understand that to be considered as a globally connected, investor ready Region, we must have an accessible, thriving international airport operating as a “Gateway to Wales”, hosting major carriers and serving the major global business and tourist destinations. Significant investment is ongoing to improve airport access, infrastructure and route development to ensure an international gateway into the Region along with encouraging the airport to develop its commercial propositions to airlines serving major business destinations

Rail – Cardiff Capital Region has good train connections to the rest of the UK. Cardiff Central Station has direct twice-hourly services to central London with journey times of 1hr 45 minutes post electrification in 2019. Cardiff has one of the largest urban rail networks in the UK outside London, with almost 100 rail stations linking the city to its Capital Region. The network is currently being upgraded with £1.bn of investment to electrify rail infrastructure across South Wales, an investment which will see a significant increase in speed, capacity and frequency of the core city-region transport. The city also has a Euro freight terminal and is the main rail freight depot in Wales for European and world market. Additionally, the Cardiff Capital Region is committed to a vision and ambitious long term strategy and delivery programme focused on developing a high quality, integrated grid of public transport services (bus and rail) that presents a single joined up network to the passenger. With the benefit of being small and compact and with its strategic location and desirable natural environment the area has the potential to be one of the most highly connected and accessible economies in the world.

Digital – We are linked to the world via high speed broadband provided to businesses and homes by a joint investment by BT and the Welsh Government.

We are a competitive, supportive and business friendly region.

We enjoy the benefits of being close to London without the extra cost of being based there. The CCR provides clear cost advantages with significantly lower operating costs in comparison with other major UK cities. Property rental costs are 40% cheaper than London and consistently lower than other major city regions in the UK.  We also have a range of Enterprise zones within the region including financial and Professional Services – Cardiff, Aerospace – Vale of Glamorgan, Advance manufacturing – Blaenau Gwent.

There are a range of commercial investments available from the Development Bank of Wales for start-ups and established businesses which invests heavily into the Welsh economy.

Our City Deal mechanisms, funds and deployment tools can be deployed to invest quickly in targeted sectors ensuring strong links between our industrial strategy, skills strategy and investments. We aim to help companies fulfil their potential for innovation, and produce economically significant hubs with multiplier effects into local and regional supply chains.

We have a growing culture of HE/ FE / Industry collaboration that builds for the region and sector as a whole and we provide access to world renowned academic support.

Over 50,000 enterprises have made the CCR their home.