Glucose Republic: a world-first system for living, eating and being better

Our Region in Action

When Julian Shapley and David Haines started the journey on creating an app focused on the impact of the food we eat as individuals, they knew just how important this major innovation could become.

Unhealthy diets and more sedentary lifestyles have created something approaching a crisis in world health – with 48 million people dying of cardio-vascular disease every year; and 2.1 billion people classified as obese, globally.

Their Cardiff-headquartered Glucose Republic is meeting this challenge in the most remarkable way: combining biology and software to help us live and eat better – through a world-first system that provides personalised feedback on the metabolic impact of the food we eat, enabling us to make the meal choices that are ‘right’ for us.

Julian has already led the world’s first mobile-connected diabetes management platform and as a proven team of inspired innovators, Glucose Republic is now priming to unveil a system that will help us all feel better, look better – and be better – with keystone investments from Deepbridge Capital and the Development Bank of Wales supporting an innovation that will potentially provide food freedom for hundreds of millions of people.

Providing food freedom for everyone in the world

“Every person has a unique food fingerprint, which shows how we react to food and drink” explains David, co-founder and CEO of Glucose Republic “and we can access that fingerprint by tracking our own glucose levels. This enables us to provide personalised feedback to users on the metabolic impact of the food and drink they consume, enabling them to choose what’s right for them.”

“Helping people understand the impact of individual foodstuffs on them – and enabling everyone to access their own unique food fingerprint – is at the heart of what we’re doing” explains David. “The Glucose Republic system allows users to directly measure how their body is reacting to the foods they eat and the things they do. It’s a platform that will enable greater control of eating choices and increased food freedom – and we certainly believe we can make a substantial social impact, empowering people to eat and live better by accurately understanding the impact of their choices.”

“As an example, one of our team has a taste for cider and discovered that a particular brand caused his blood sugar to spike quite considerably, while switching to an alternative brand has much less impact. Repeated spiking of blood glucose can have a very negative impact on weight and health – and eventually lead to diabetes and other diseases. So Glucose Republic’s aim is to empower users with better tailored information about their diets and, by doing so, reduce dependency on the generic diets and exercise regimes which often have little or no impact on certain people.”

David and his team view the Glucose Republic platform as a health game changer on both the macro and the micro levels:  “The extrapolated effect is, of course, healthier individuals making better informed decisions, leading to better population health, lower incidence of obesity and diabetes – and huge healthcare savings  in terms of time and money.

“Up until now, glucose monitoring has been almost exclusively the domain of diabetes – as it’s vitally important to keep a measure on glucose peaks and lows, to adjust the levels of insulin. It involves blood pricks and frequent monitoring – or use of newer devices that constantly monitor but are costly and still invasive.

“It’s little known, however, that glucose has a major impact on health for people who are not diabetic or are pre-diabetic – those who are starting to show issues with being able to regulate insulin and have a poor response to glucose. In fact, glucose rather than fat is probably the primary link to obesity rather than fat. But most people don’t know what their glucose profile looks like until it’s too late and they have Type 2 diabetes.

“Type 2 is probably a life-long condition unless you can address underlying issues within a matter of months of diagnosis. It’s further complicated by the fact that everyone’s body deals with different foodstuffs in a different way – whilst I might be able to eat certain Greek foods for example with little impact, you might find that it causes you to put weight on and for your glucose to spike.”

“So, Glucose Republic gives the non-diabetic individual a better understanding of how different foods affect them, and in doing so, helps them make better food choices – reducing their chances of being diabetic or having other health issues later in life”

Ultimately, it means we can each have our own tailored food plan that works for us. If everyone deals with food differently, then why should a standard diet plan work for everyone? It could be that the odd Indian takeaway isn’t an issue for you or I, but I should avoid chicken tikka and you should stick to saag aloo. That’s what Glucose Republic’s platform will tell you.”

We’re excited to see the development and launch of the revolutionary Glucose Republic app, especially as it’s based on a freemium model, with free basic functions and subscription for more advanced features. It could completely change the way we eat, drink and live our lives. 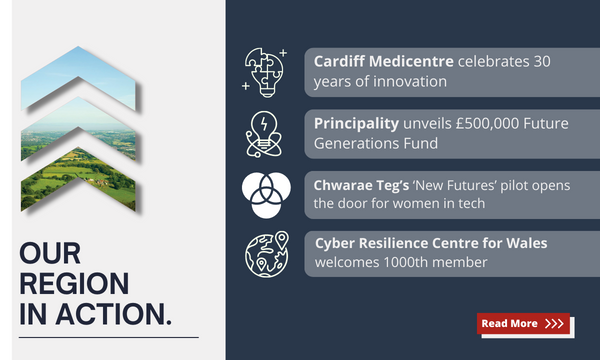 Our Region in Action – The latest in Innovation, Sustainability, Inclusion and Connectivity

2023 has roared into action across all four CCR strategic goal areas... 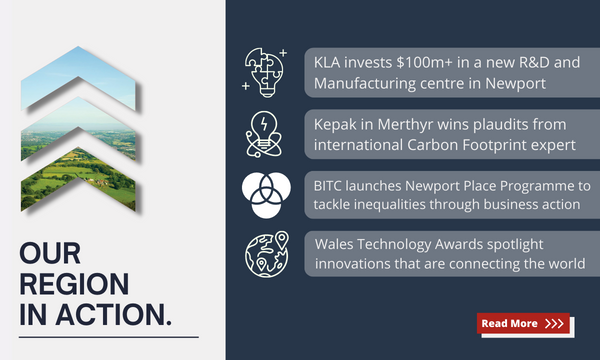 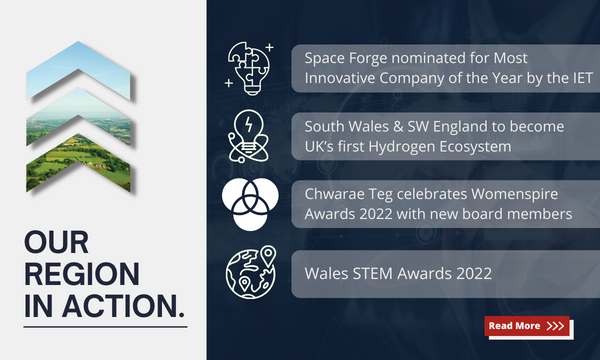 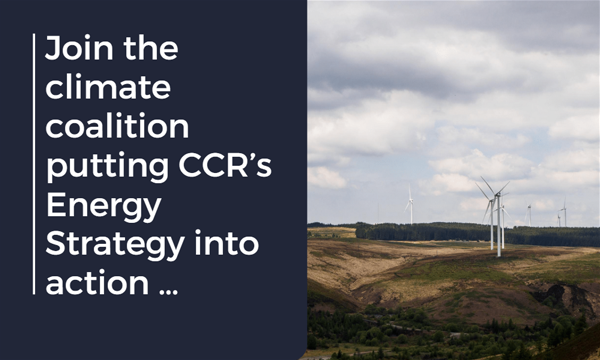 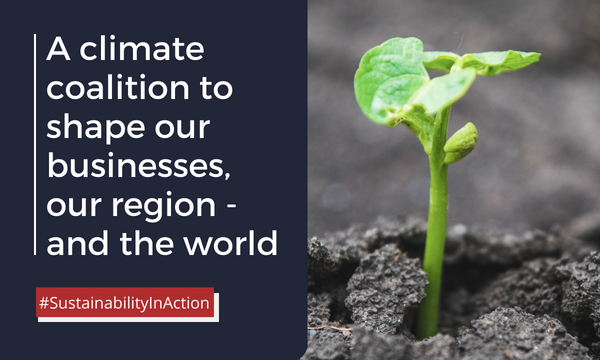 A climate coalition to shape our businesses, our region – and the world.