Since the UK Government Apprenticeship Levy came into force in April 2017, much ink has been spilled about how it operates, but less so on the impact it has on businesses. To open up discussion, the Cardiff Capital Region (CCR) Skills Partnership Construction Sector Group organised for business representatives to meet the experts at Coleg y Cymoedd’s Nantgarw Campus on Thursday, 13th September.

Chaired by Leigh Hughes, Chair of the CCR Employment and Skills Board with guest speaker Huw Morris, Director Skills, Higher education and Lifelong learning in Welsh Government, the interactive workshop was more specifically addressed to businesses in the construction and built environment sector, which operate across the UK but have difficulty to make the most of the UK Apprentice levy in Wales. The session attracted a strong turnout, with 70 delegates in attendance.

After welcoming the attendees and presenting the panellists, Leigh Hughes said: “As a body, we are gaining momentum, and as we strive to be an open door for business to engage, advise and influence. The construction and civil engineering industry is one of our priority sectors, and our objective is to create strategic partnerships that can meet your needs and stimulate inward investment and growth.”

The Apprenticeship Levy applies to all UK employers and will be paid through Pay As You Earn (PAYE) by employers with an annual ‘pay bill’ of £3 million or more. It replaces all taxpayer funding of apprenticeships for companies of all sizes, but as Huw Morris explained, it doesn’t quite work the same way in England and in Wales.

Employers in England are able to reclaim their contributions as digital vouchers to use to pay for training apprentices, but this voucher system does not apply in Wales, where the Apprenticeship Levy money is absorbed into the wider budget for Welsh Government to spend as it sees fit – unringfenced. Moreover, the UK and Welsh governments have identified different priority sectors and investment goals.

Welsh Government has committed to creating 100,000 apprenticeships up to 2021 with three main objectives.

Firstly, it wishes to encourage a greater proportion of younger people to do apprenticeships at the beginning of their careers rather than as a conversion. Secondly, it puts the emphasis on higher level qualifications (levels 3 to 6). Thirdly, it aims to improve the quality of the apprenticeships, working with Qualification Wales to provide strong foundation for further higher education if needed.

Following these explanations, the attendees were invited to reflect as small groups on what impact the levy has had on their business in Wales so far.  Discussion flowed as each member of the panel left the stage to join a table and take part in the brainstorm.

The interactive Q&A session then enabled the experts to share their group’s findings with the rest of the audience and address the different issues raised by the floor.

A very wide range of topics were evoked, testifying to the need for a debate. Key take away points included the urgency to fix the mismatch between the skills provided by colleges and those needed in the industry; the demand for portable and accredited qualifications; and the importance to communicate more widely on opportunities available in the construction sector to make it more mainstream and academically attractive.

At the end of the workshop, attendees received the full “Apprenticeship Levy – One year on” report just published by the National Assembly for Wales’ Economy Infrastructure and Skills Committee, as well as an Apprenticeships Toolkit for Employers providing further information on the support available and contact details for the 21 apprenticeship providers existing in Wales.

In conclusion, Leigh Hughes said: “Significant challenges remain and we haven’t got all the answers yet, but today has demonstrated that there is a real openness to talk and collaborate. Welsh Government is willing to understand employers’ needs, but it is also important that employers take into account the challenges faced by colleges, universities and training providers.

“The goal of this interactive workshop was to raise awareness for each part of the triangle, and we could not have asked for a better discussion. We look forward to seeing a growing number of businesses engage and get involved, as this in an exciting industry we work in.” 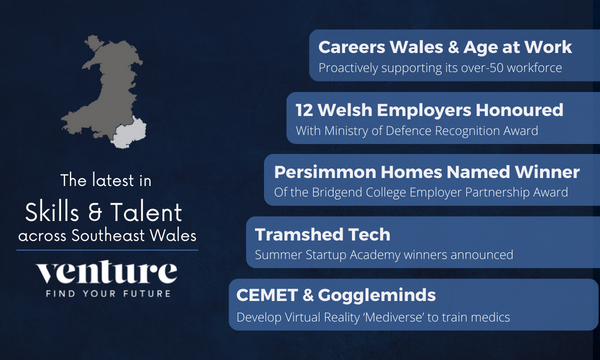 What a week for Skills & Talent in Southeast Wales, with Career Wales partnering Age at Work to shape an age-inclusive workplace …. eight CCR employers being honoured with the Gold status MoD Recognition Award … Persimmon Homes’ groundbreaking training academy securing the Bridgend College Employer Partnership Award … three inspirational trailblazers emerging from the Tramshed Tech Summer Startup Academy … and a revolution in training for medical professionals being perfected by CEMET and Goggleminds 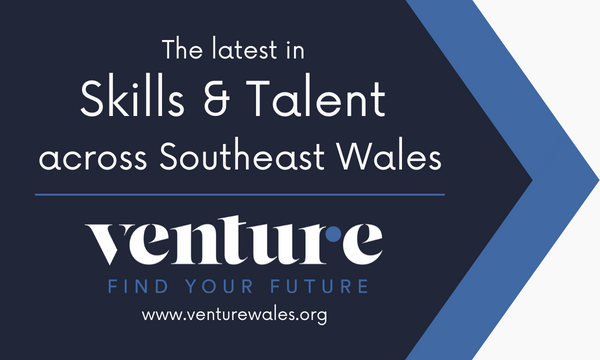