Our Region in Action

The trailblazing 12-week programme, developed by TfW and Alt Labs, invites start-ups from across the UK to develop innovative ideas capable of transforming transport – with Alt Labs providing a tailored support programme for each novel initiative: nurturing and training each member of the cohort to create a fit-for-purpose MVP in just 12 weeks, before pitching their pioneering products to a panel of industry experts at a showcase ‘Demo Day’.

The theme for this year’s cohort group (Cohort 4) focused on the key challenge of improving rail users’ experiences – with the 2022 event marking the first in-person Demo Day, following relaxation of Covid-19 restrictions.

This celebration of innovation included presentations from businesses involved in all previous cohorts, including Briteyellow and PassageWay (Cohort 1 winners), Spatial Cortex (Cohort 2 winner) and RoboK (Cohort 3 winner) – but the main spotlight this year shone on the ingenuity of Cufflink, which makes businesses more secure and compliant by distributing their personal and sensitive data through a licenced access – so they’ll always know exactly who’s accessing their data, from where and for what reason.

Cufflink’s winning MVP will help TfW provide a more secure customer data storage and sharing solution – making customer data more accessible, safe and compliant – and is yet another stunning example of the real-world innovations helping organisations such as TfW overcome the challenges and grasp the opportunities of delivering a better, fairer service to the people of our region.

The UK’s Green Trade strategy received a CCR-based boost in June as Newport manufacturer BIPVco announced a major breakthrough that will help pave the way to growing a green export sector in Wales.

BIPVco produces revolutionary flexible solar panels that can be integrated into vehicles and buildings, helping to reduce emissions and fuel consumption.

Their panels have been used in creating an ‘Active Building’ in India, helping to bring electricity to the remote village of Khudud, while also showcasing how active buildings can generate more power than they need, with the ‘surplus’ energy being used to help power other facilities in remote areas, potentially raising the standard of living for millions of people.

Having previously been a relatively small part of their business, the BIPVco team forecast that green exporting will account for more than half of their turnover in the coming years – building on their pipeline that already supplies customers and projects in Canada, France, Germany, Ghana, Nigeria, Norway and Saudi Arabia, with plans to move into the sustainability markets of Australia, the Gulf and USA.

Green trade is pivotal to growing the UK’s economy, achieving the Government’s net zero plans, as well as driving our future prosperity by supporting jobs and economic growth – and BIPVco is fast becoming a ‘name’ in this transformation, as a member of the Department of International Trade’s ‘Made in the UK, Sold to the World’ campaign, featuring regional SMEs that are achieving enormous success in growing their businesses by selling products internationally.

The UK Government’s 12-point Export Strategy and revamped Export Support Service is geared at encouraging UK green businesses to expand into global markets estimated to be worth £170 billion to Britain by 2030 – so it’s an inspiration to see a CCR-based business helping drive sustainable growth in all four corners of the globe, as well as here in Wales.

Self-employment has increased dramatically in the last ten years and now accounts for nearly one in seven workers across Wales – with 2022 seeing a remarkable 49% of all new job opportunities being created by the self-employed – and is a route particularly favoured by people with caring responsibilities or a disability.

While working for yourself can bring many advantages, it also creates financial insecurity and even poverty for some people – with the Bevan Foundation reporting that the average income of a self-employed person is less than two-thirds the income of a paid employee; and self-employed people suffering the additional penalty of often not being able to receive the help available to low income employees, being denied minimum sick pay and other social security benefits.

The Bevan Foundation is calling on the Welsh Government to take action, with the think-tank saying it should do more to support self-employed people to run their business better and increase their incomes – through initiatives that could include micro-loans and bite-size training provision – as well as offering grants and allowances to people on low incomes to make sure they are not excluded because of their employment status. .

The first-of-its kind report also suggests greater encouragement of co-operative and mutual models that would enable self-employed people to work together in selling their goods and services, opening up wider opportunities while lowering costs and giving the self-employed greater control over their affairs.

The fast-expanding financial services disrupter, Starling Bank, continues to connect business and individual customers to a mobile-only banking service at an astonishing rate – with the Cardiff-based challenger bank becoming the most switched-to bank in the UK over the last four quarters, seeing more people switching to Starling than any other bank, including 68% more people than the nearest competitor, Lloyds Bank.

In Wales alone, Starling has seen a 41% year–on-year growth in the number of business accounts opening, helping grow their market share of the SME banking space to an impressive 7.5% in just four years.

The focus on mobile connectivity has enabled Starling’s Cardiff team to drive new capabilities for the bank, including Bills Manager, a feature to help customers pay their bills on time, and Kite – a dedicated app for its childrens’ banking service. The bank was also the first to deliver personalised contactless limits in response to the limit increase introduced in October last year.

The fintech venture, which is likely to float on the London Stock Exchange over the next two years, originally committed to creating 400 jobs when unveiling its office investment in the Welsh capital back in 2020.

It now employs 868 people, an increase of 117%, at its Brunel House hub – employing people from across the Cardiff Capital Region and beyond in positions that range from the ‘classic’ connectivity roles of cyber and data science to more generalist vacancies in customer service and finance.

To find out more about the latest news and developments in Innovation, Sustainability, Inclusivity and Connectivity across Southeast Wales, go to www.cardiffcapitalregion.wales 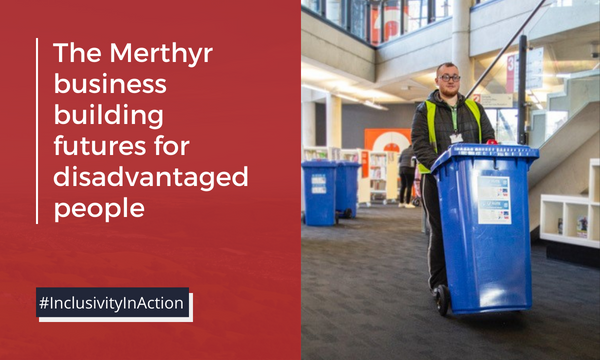 Look around the Cardiff Capital Region and you’ll see many inspirational examples of inclusivity at work, and in this final feature of our #InclusivityInAction campaign, we spotlight Elite Paper Solutions - a remarkable team building market-leading success from a Merthyr hub that’s nurturing the skills and potential of disabled and disadvantaged people … 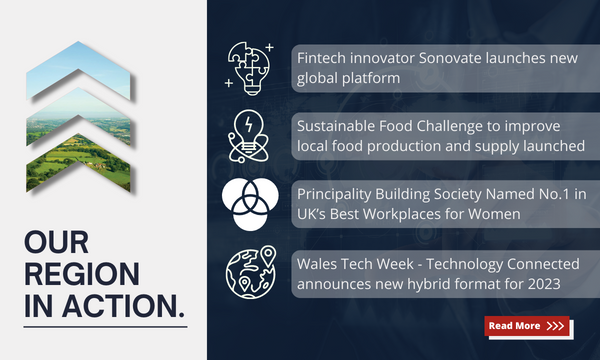 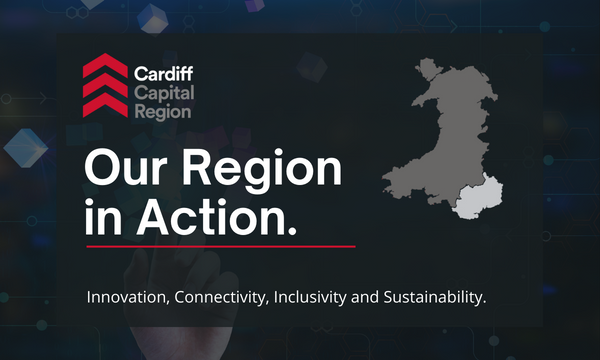 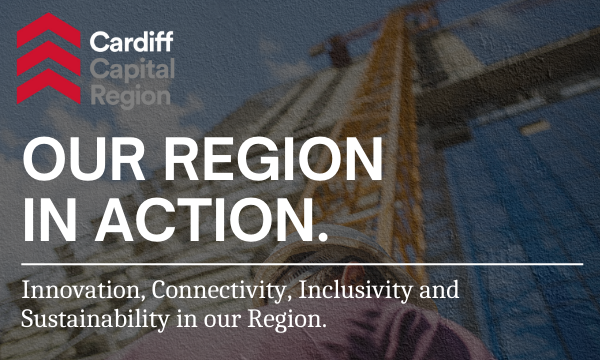 Why the Smart Money is moving into Inclusive Finance