Putting the Care into Social Care

Continuing our series looking at people who work in the care sector we look at Claire Mather, whose job includes running two care homes and a domiciliary care agency for elderly and infirm people. 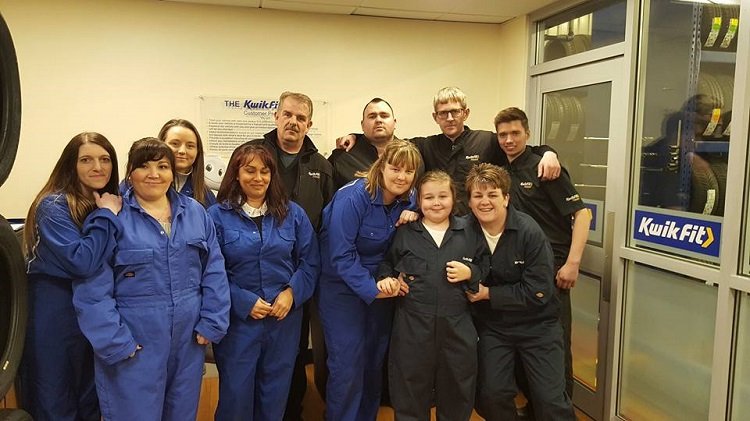 Most jobs in social care tend to be focused on caring for people at one end or another of their lives. You’re either looking after children and young people, or you’re caring for elderly people. Both, in their different ways, are equally challenging and rewarding.

Elderly people can have physical or mental health problems, sometimes both. A common and vital role is looking after elderly people with dementia, which can arise from a number of causes, often Alzheimer’s disease.

Caring for elderly people with dementia may seem a daunting task, but it can be immensely rewarding. People in an advanced stage of dementia often have to be cared for in residential homes, where they get round the clock support.

They are often highly dependent, and can require help with basic needs such as eating and toileting. But there’s also joy and laughter to be had in care homes, as staff engage residents in activities designed to stimulate and entertain them. Care home workers describe the fulfilment that comes with seeing a resident, who may have arrived at the home being aggressive and uncooperative, soften, smile and show pleasure. There can be few more rewarding moments than that.

More care than in hospital

Claire Mather did not plan to go into social care. She wanted to be a midwife, and did her nursing training to get the qualification. In the meantime, she started working part time in a local care home to help support herself during her studies. The contrast between the care home and the hospital she was working in during her training proved an eye-opener.

“There’s no care in the hospital, it’s all about discharging the patients, and it’s a very medical approach, whereas social care is about getting to know people, giving them comfort and making a difference day to day,”

As she came to the end of her nursing training in 2006, a manager’s position came up in the care home and, disillusioned with nursing, she went for it. Fourteen years later she is operations manager at S&S Care, in charge of 2 care homes and a domiciliary care agency.

One of the care homes is a general residential home, the other is for elderly and mentally infirm patients, generally suffering from dementia. The domiciliary care agency cares for people still living in their own homes. Claire is also in charge of the company’s training department.

It’s hard work, she says, but she loves the challenge, making a difference not just to service users but also to the staff, helping them with their training and career development.

A typical day for the care home staff begins before 8am, with the handover from the night staff. Then follows a busy morning of hands-on personal care. Most of the residents have advanced dementia, which calls for a lot of skill in handling them. Carers have to build relationships with each service user, getting to know how to approach each of them individually in the manner that suits them. They can be subject to verbal or physical abuse at times so resilience is essential, but they also get the reward of smiles, laughter and thanks from grateful residents.

“You’ve got to be able to think on your feet and respond to what’s going on in the environment. You’ve got residents who wouldn’t choose to live together, so you have personality clashes in the lounge at times. Staff have to intervene and minimise any safeguarding issues.”

The night staff work just as hard, coming in at 8pm for a 12-hour shift, supporting residents to bed, then carrying out checks throughout the night. Some residents can be highly dependent and a round can easily take an hour and a half.

If it can feel regimented at times, no care home can function without a routine in place. But Claire tries to keep everything as person-centred as possible, with the focus very much on the needs of both residents and staff.

Working with the families of service users is often the hardest part. People often try to look after their loved ones at homes as long as possible, so when they come to the homes they are in an advanced stage of dementia and it’s harder for the staff to get to know them and build relationships.

“My staff are here because they’re caring in nature, and it’s what they were designed to do, I’ve told you about the difficult parts of the day, but between that you’ve got your activities, your laughter, residents that have come into the home perhaps a little bit aggressive initially, that start to soften and say thank you. The staff can see that they’re making a difference day to day.”

Claire recently interviewed someone for a role who had never done caring before. She told them it was hard work, physically and mentally, but very rewarding.

“Some days you’ll go home feeling like you’ve made a real difference, other days you’ll go home wondering if someone will be there when you next go in, we spend more time with these residents than we probably do with our own families sometimes, so when someone’s approaching the end, it does play on our mind. It’s being sensitive to that and seeing it as a privilege.”

That, in a way, sums up social care. No-one is going to pretend it’s an easy job, but for fulfilment, reward, and the privilege of being able to help and support someone in their moments of need, it’s hard to beat.