The CCR ‘Reimagining our Region’ Series

Looking back and stepping forward

With the first UK Government Gateway review successfully concluded and as Cardiff Capital Region starts to transition from a ‘City Deal’ towards a much broader strategic regional approach, we’ll be marking the occasion by running a special ‘Reimagining our Region’ series of articles over the next few weeks. In this series we’ll be looking back on the quite remarkable journey made from the inception of CCR in March 2017,  exploring our current standing on the cusp of becoming a Corporate Joint Committee; and looking forward to our ‘Five for Five’ imperatives that we need to achieve between 2021-2026.

We asked Kellie Beirne, Director, Cardiff Capital Region City Deal to give an overview of the five-part series – and here’s her snapshot of what to expect…

“Building trust to get buy-in between 10 different perspectives”

“It was clear from day one that bringing together the 10 unitary authorities of South East Wales meant building mutual trust and understanding between different personalities, perspectives and political parties – and more proactively, creating a shared ambition amongst a new team, to become ‘the catalyst’ for significant and inclusive economic growth across our highly diverse region.

“In essence, that meant everyone had to ‘buy-in’ to a central vision – namely that substantial investment, rigorous upskilling and a radical improvement in connectivity could build on the sectoral strengths of the region, delivering up to 25,000 new jobs  and leveraging an additional £4 billion of private sector investment over a 20 year period. Being target-led can lead to perverse outcomes, but the strategy we have adopted is one of ‘everyone feels benefit’ and this isn’t about spreading the jam; it’s about how we leverage impact from the foundational economy to the tradeable economy and everything in between.

“It’s testimony to the hard work and mature debate that we’ve built a foundation on the fundamentals of trust and understanding – and those are the keystones of everything we’ve achieved to date and will achieve in the future.

“Coming Together to Create Firm Foundations”

“Our first feature in the series, ‘Coming Together to Create Firm Foundations’,  reflects on how we built that strong base and scopes our progress over those first four years, detailing landmarks that include the CCR investments in The Foundry, Homes for the Region, CreoMedical, Pharmatelligence and Zip World, major innovations such as the new Challenge Fund – and our far-sighted 10-point response to COVID, which we aligned to both the 20-year Industrial and Economic Growth Plan put in place by CCR’s Economic Growth Partnership (REGP) and our Three-Year Priority Sector Strategy created by CCR’s Regional Skills Partnership (RSP). Along with our recently-refocused Business Council, the REGP and RSP have brought a wealth of wisdom and ‘can-do’ to the table – and this was recognised by the SQW/Gateway Report Findings, which form the second feature of the series.

“SQW’s/ Gateway’s independent review of the work completed by CCR since our inception rated progress as ‘good’ and highlighted some of the unique features developed to enhance and amplify the  impact of the City Deal. They recognised our promising early achievements and the fact that no other City Region has an Investment Fund that expects to see our levels of return on investment – nor the high level of leverage that we’ve built through public and private partnerships.

“The Report also praised the impressive work that’s seen our Compound Semiconductor Cluster establish world-class credentials and the maturity of our Cabinet in making bold decisions for the good of the whole Region. Many of the stakeholders who were consulted remarked on our partnership ethos, regional mind-set, evidence-based decision-making and strong governance – and the Review made it clear we had built the base for enhanced strategic interventions across a whole economic geography rather than a single programme, viewing the CCR City Deal as a proven platform to help level-up and build back better for the whole of South East Wales.  These views were subsequently endorsed by UK Government on May 11 2021 when we received formal confirmation of the successful outcome of the Gateway review and the subsequent unlocking of the next 5 year tranche of UK government investment funding. So it was a logical step that the third part of our series examines our move from a ‘City Deal’ to a ‘City Region’ ….

“Moving ahead to deliver far more for everyone”

“The third part of the series shows the huge strides made in improving how we measure the effectiveness of the decisions we take and the interventions we make, detailing how we’ve developed a rich seam of data and insight to facilitate quality assessments and decision making. That created integrated, fact based and flexible regional industrial growth plans that could flex and remain relevant through COVID, which – together with a robust leadership capability – saw us become a trusted partner contributing to both Regional Investment Wales and a major OECD study into building a robust model of regional economic governance in Wales. It also meant that our Investment Framework had created a delivery pipeline with potential to leverage up to £3.5bn in private investment – and seen us start the journey towards a Corporate Joint Committee structure and our ‘Five for Five’ Strategy.

“Five for Five through an evolution of governance and structure”

“The last two features in this series will show how our move to a City Region will be fundamental to a more self-reliant and sustainable CCR – enabling us to evolve our governance and structure to build on five core pillars that underpin our pathway towards 2025 and beyond. Each of those ‘Five for Five’ – Building Back Better, Becoming a City Region, Levelling-Up, Scaling-Up and Developing Economic Clusters – represent a major step in building and supporting inclusive growth right across our region. Taken together, they promise a transformation in the lives and wellbeing of 1.5 million people, tens of thousands of businesses – and every community in South East Wales. 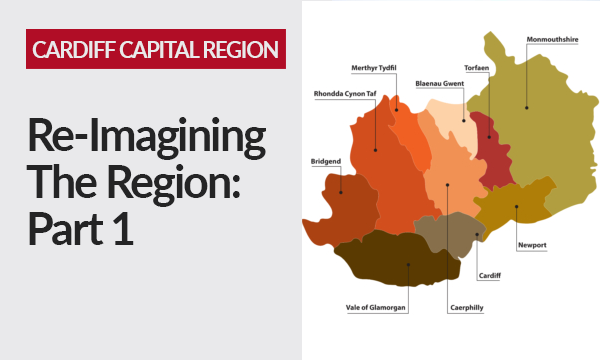 We begin our series with a look back on the journey made from the inception of the CCR, assessing the foundations put in place and looking at the key developments and progress made in those four extraordinary years …
There are no more project updates at present. Please check back later.
View all news