The past seven days have witnessed major new developments in Skills & Talent across the Cardiff Capital Region – and Wales as a whole – with tremendous news that Cardiff & Vale College has teamed up with FinTech Wales to create a unique and inclusive fast-track training programme … Welsh Government announcing a further £4.5million funding for the Flexible Skills Programme … Caerphilly-based Educ8 becoming an Employee-owned as well as phenomenally fast-growing training company … and a heart-warming How We Live report revealing that 52% of Welsh workers would give serious thought to a “greener career” ….

Cardiff and Vale College (CAVC) has joined forces with FinTech Wales and leading local financial services employers to create a unique fast-track training programme designed to meet the growing need for skilled people in the booming FinTech industry (one of the priority sectors of Cardiff Capital Region).

This pioneering new partnership between CAVC and some of the most prestigious financial technology-enabled businesses in Southeast Wales aims to develop the innovative programmes that will skill, upskill or reskill ambitious graduates or people with a passion for IT and coding – through free fast-track programmes that feature a £150-a-week training allowance for each attendee, plus a commitment from Admiral, Deloitte, Hodge Bank and the Principality to interview all those who complete the required modules for FinTech roles in their company.

The training programmes include FinTech for front-end or back-end developers (providing specialist knowledge in a range of programming languages, cloud services and project management) and Industry 4.0, which equips participants with software engineering and web development skills that are recognised and highly prized by industrial software, engineering and manufacturing organisations.

These valuable training programmes are part of the hugely successful Coding Academy at CAVC and suited for people with many different backgrounds and experiences – from someone who left school several years ago and has experienced a number of jobs since, to people who are looking to build their confidence and ‘start again’ after an extended career break; to recent graduates who want to find the right job in a sunrise sector that promises a great future.

The Welsh Government last week announced a three year, £4.5 million extension to the Flexible Skills Programme (FSP) – the targeted skills interventions originally launched in 2015 to work alongside existing programmes, supporting specific business projects that have the potential to create a Welsh workforce ready to capitalise on future economic opportunities.

The FSP benefits employees by helping them develop more technical and transferrable skills, supporting the ambition to reduce in-work poverty by improving the skill sets of the current workforce – a central pillar of Welsh Government’s Plan for Employability & Skills.

The programme operates on a co-investment basis, which means employers have to match fund Welsh Government support – generating a total investment of £9 million into the Welsh talent economy; helping to future proof talent pipelines across many different enterprises.

This pan-Wales funding is open to all employers, across two streams:

Partnership Projects approved in the last year included programmes in the Creative, Digital, Engineering, Export, Hospitality, Tourism and Manufacturing industries – testimony to the potential for developing skills across the diverse economic sectors of our region and Wales as a whole.

Employees to Own Majority Share of Caerphilly-based Training Company

Employees of Caerphilly-based Educ8 Training Group have become majority shareholders of the business – with the company announcing successful completion of an Employee Ownership Trust (EOT) scheme, which is part of a Welsh Government programme to drive wealth creation in communities.

Educ8 has a proven track record in employee engagement, having been named the No.1 Best Mid-Sized Company to work for in the UK, in the 2021 Best Companies survey.

Founded in 2004 to address skills shortages across Wales, Educ8 employs over 200 people and is now a major provider of apprenticeship and training programmes – with a fourth acquisition recently expanding operations into England.

The Educ8 EOT announcement comes as the Welsh Government pledges £366m to deliver 125,000 all-age apprenticeships in the next three years – including major employer incentives to recruit through apprenticeships – making the work of the Educ8 team even more important to the learners and employers of our region.

52% of Welsh workers would consider a Greener career

More than half (52%) of Welsh workers would consider changing their current role for a “greener career ”, a new study has revealed.

According to Aviva’s latest How We Live report, a fifth of Welsh workers (20%) would think about taking a lower salary if they had the option of hybrid working, while a third (34%) would do the same if they were able to choose flexible working hours.

In total, 60% of Welsh workers would consider taking a cut in reward and remuneration if a new role offered ‘greener’ benefits; and around one in six Welsh workers (16%) would be prepared to take a wage cut if they were going to work for a charity or not-for-profit organisation (with 14% prepared to do so if the company had strong environmental credentials).

These sentiments were felt highest amongst under-25’s – and the ‘greener attitude’ is more prevalent in some sectors than others, with workers in Finance and Building/Engineering among those most likely to hold strong green views (at 70% in both cases).

The How We Live report also confirms that employers are becoming greener – with three quarters of Welsh workers (75%) saying their employer has made changes to improve its environmental impact in the last five years, although four fifths of people within this group feel there is still “more to do”.

Around a fifth (19%) of Welsh workers say they are already participating in initiatives to make their employer more environmentally-friendly – from simply re-using cups and limiting unnecessary travel, to making use of electric vehicle leasing schemes –  while an additional 52% of employees would like to get more involved in this area.

With ‘Sustainability’ a key pillar of the Cardiff Capital Region mission, Aviva’s report provides welcome news that this critical subject is very much on the radar for businesses large and small – and positive evidence that many people in our region are bringing green thinking into their working routines as well as their personal lives.

For more updates and information on Skills & Talent across Southeast Wales, go to www.venturewales.org 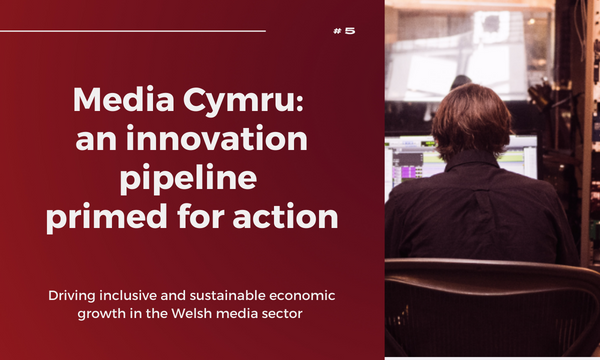 Media Cymru’s launch in October 2022 turned the key on a £50m investment to make CCR a global hub for media production and innovation - and in our final ‘meet the Media Cymru team’ feature, we discover the excitement of the journey ahead for Lee Walters, Senior Producer and Funding Manager. 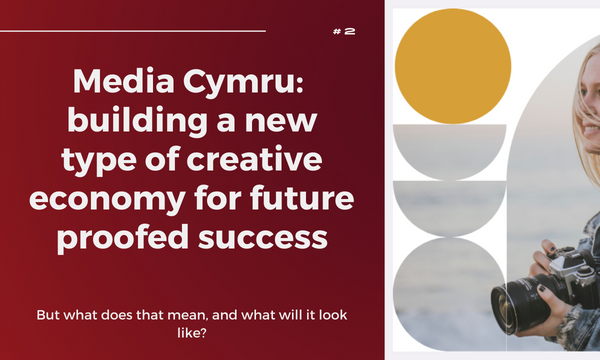