June has brought forth some thought-provoking headlines across the Skills & Talent domains of Southeast Wales – with Ebbw Vale’s revolutionary Living Laboratory Innovation Cluster reaping a £7m investment … Cardiff and Vale College being chosen to host WorldSkills UK Finals … four inspirational teachers in Wales being honoured with a prestigious Pearson National Teaching Award … the latest ONS data showing that SME companies prioritise personal skills over experience and education when assessing a candidate … and ADP’s People at Work 2022: A Global Workforce View revealing that 50% of Welsh workers expect a pay rise this year …

Top tech companies and schoolchildren are working together on the site of a former Ebbw Vale steelworks to fight hackers across the world – with the opening of ResilientWorks, a new technology campus at the home of the National Digital Exploitation Centre (NDEC) jointly funded by global technology company Thales and the Welsh Government’s Tech Valleys programme, with an additional research contribution provided by Cardiff University.

ResilientWorks is a living laboratory enabling tech companies to test and develop autonomous vehicle and power systems, with a scientific research programme bringing together university researchers and leading companies – in facilities that include laboratories, a test track and a model street complex.

The initiative works alongside a major schools and colleges outreach programme, laying a pathway for the next generation of talent to go into the cyber industry.

ResilientWorks will expand the campus created by NDEC, a £20m joint investment launched in 2019 by Thales, Welsh Government and the University of South Wales that is already working with international companies such as EDF and Williams Grand Prix Engineering, and Welsh companies that include Awen Collective and Protecht.

With a vision to help establish Wales as a centre of excellence for the cyber security technology that’s vital for both our national infrastructure and industry, the development at Ebbw Vale already employs 28 people and supports a growing local supplier base, creating both PhDs and degree apprenticeships – spotlighting clear routes to well paid and sustainable STEM (science, technology, engineering and maths) careers for valleys children.

Thales is a founder company of the Cyber College Cymru Initiative – a partnership between industry and FE colleges that now educates over 100 students a year in FE colleges, with outreach programmes that include a weekly “Cyber Club” for Year 9 students at Abertillery Learning Community, where Thales’ employees and research graduates work with schoolchildren to develop their cyber skills and career aspirations.

Cardiff and Vale College (CAVC) has been chosen as the only Welsh college to host WorldSkills UK National Finals in November – hosting more competitions than any other UK college.

Six venues have been selected across the UK to showcase the finals – with CAVC chosen for 14 of the 62 contests – as the country’s top students and apprentices are brought together to compete across a wide range of disciplines.

Designed by industry experts, WorldSkillsUK competitions help young people grow personally and professionally by developing their technical and employability skills – with medal winners enjoying the opportunity to represent Team UK at the International Worldskills Finals, known as the ‘Skills Olympics’ to be held in France in 2024.

The winners will be announced by Steph McGovern in a special live medal show from her Packed Lunch studio on 25th November.

Four Welsh-based teachers and headteachers have been named as Pearson National Teaching Award winners – each winner being presented with a Silver Award for their outstanding commitment to changing the lives of the children they work with every day. The Welsh winners of these prestigious accolades are:

The Silver Award winners have been shortlisted to win one of 16 Gold Awards later in the year – in a ceremony to be broadcast on the BBC’s The One Show as part of a week-long celebration of teaching.

The Pearson National Teaching Awards is an annual showcasing of excellence in education, founded in 1998 by Lord Puttnam to recognise the life-changing impact an inspirational teacher can have on the lives of the young people they work with.

Newly released ONS data reveals that SME vacancies across the UK have reached 575,000 – up by an astonishing 72% from the same period last year.

These latest figures are particularly prescient for the predominant SME economy of Cardiff Capital Region – and come just as iwoca, one of Europe’s leading small business lenders, has released a survey revealing what small businesses are looking for when hiring new employees.

The survey shows that SMEs are prioritising personal attributes above all else – with almost half (49%) saying that honesty is the most important attribute when hiring; and 38% prioritising on personality.

These are followed by more traditional professional attributes, including having skills sets that match the job description (37%), experience in a similar position (37%) and good verbal communication skills (34%).

Surprisingly, a good reference from a former employer (18%) and an undergraduate degree (6%) were among the least important attributes.

There was common agreement that hiring is vital for future growth, with one in six (15%) SMEs saying that poor hires prevent growth; and one in ten (11%) recognising that it can lead to reduced sales.

Interestingly, the research suggests that one way to ensure your new hires meet their potential is by offering them the opportunity to work from home. Of those that do offer flexible working, nearly half (42%) explained that flexible working arrangements had a positive effect on productivity, compared to just 7% who said it had a negative impact.

Millennial business owners are more likely to offer working from home than older generations by eight percentage points (43% compared to 35%).

Half of Welsh workers expect pay rise this year

Welsh workers have high expectations of being given a pay rise this year – and are ready to push their employers to get it, as the cost of living rises sharply – according to the
ADP Research Institute’s People at Work 2022: A Global Workforce View.

Half of workers in Wales (50%) say they are expecting a pay rise to help them cope with the rising cost of living – and a further half (52%) say they are willing to ask for a pay rise if they feel they deserve it, according to the survey of almost 33,000 workers in 17 countries.

The optimism amongst the Welsh workforce is palpable, with almost a third (32%) expecting a promotion and three-in-ten (30%) a bonus. This comes at a time when 36% expect to be given more responsibility by bosses.

In terms of overall motivations, workers in Wales say that Pay is the most important factor to them in a job, with over half (57%) saying it is the key priority. This is followed by Job Security (41%), Flexibility of Hours (36%) and Enjoyment of Work (32%).

For the latest insights into Skills & Talent in Southeast Wales and beyond, go to: www.venturewales.org 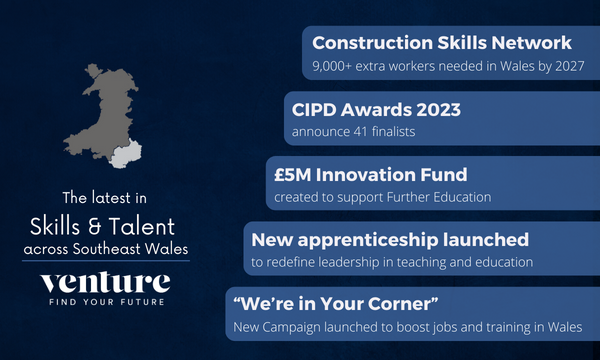 2023 started on a celebratory note, with 41 finalists revealed for the CIPD Wales Awards. January also brought the sobering news that Wales needs 9,100 more Construction Workers by 2027 - reminding us of both the challenges and opportunities that lie ahead …. 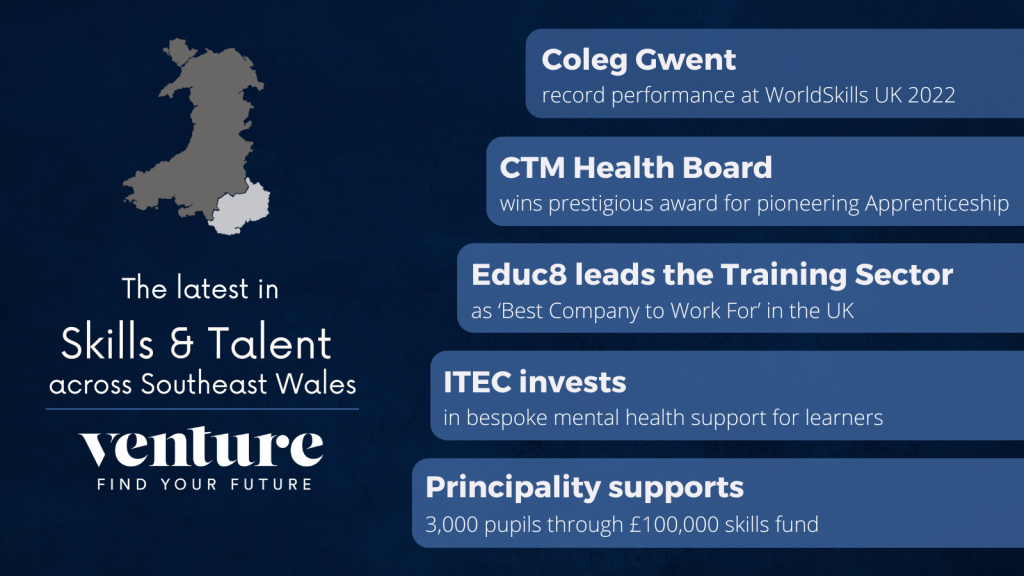 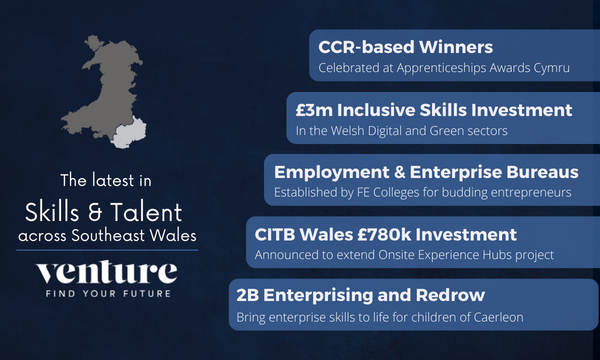 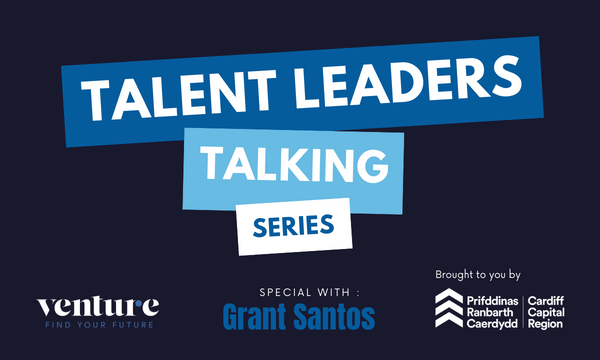 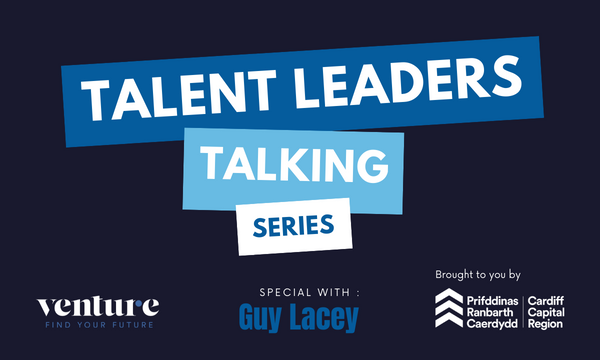