The signing followed an agreement in May by the Cardiff Capital Region (CCR) Regional Cabinet to contribute £37.9 million from the CCR City Deal’s Wider Investment Fund towards the establishment of a major, cutting edge facility, as an anchor in the region for high end production of compound semiconductors.
The aim being to support the development of a compound Semiconductor Industrial cluster in the region, with the potential to:

It is the first such investment since the £1.2 billion CCR City Deal programme was formally signed by the leaders of the ten local authorities in the region on March 1.

The facility at Newport will be owned by the 10 Councils in the Regional Cabinet under the special purpose vehicle ‘CSC Foundry Limited’ / ‘LDC Ffowndri’ and the space leased to IQE plc for compound semiconductor manufacturing and applications development, helping the establishment of the world’s first Compound Semiconductor Cluster, CS connected, in the region.

The project is not a grant or a loan – it is a commercial investment with ownership of the foundry shared between the 10 Councils. The proposal seeks to return the original investment plus interest over the life of the project.

The CCR City Deal seeks to position the region as the global leader in compound semiconductor-enabled applications, which was initiated by a £12 million investment from the Welsh Government.

Councillor Peter Fox, Leader of Monmouthshire County Council, and Deputy Chair of the CCR City Deal Regional Cabinet, said:
“The objective of this commitment is to create a complete compound semiconductor eco-system in South Wales to take advantage of the growing prominence of compound semiconductor technologies.

“The opportunity this investment creates, to help the establishment of the world’s first compound semiconductor cluster in South East Wales, should not be underestimated.

“It has the potential to place our region at the heart of this cutting edge sector and will require the development and integration of a compound semiconductor supply chain in South Wales, with the economic and social benefits that will bring.

“Compound semiconductors are at the heart of many devices we use today, from smart phones to tablets and satellite communication systems. It is an area of UK strength and today’s confirmation of the development of a cluster of excellence in Wales reinforces our own strong position in the growth of this important and growing technology.

“Of course, government does not create innovation, but it can be a catalyst to getting the scientists and engineers, the designers and the entrepreneurs together to make it happen.

“This collaboration is important because innovation is a shared endeavour and I look forward to seeing the cluster take shape and create a lasting engineering and manufacturing legacy in Wales.”

Economy Secretary Ken Skates said: “It is hugely encouraging that Welsh Government’s initial £12m investment in developing the cluster back in 2015 has been the catalyst for today’s announcement that IQE plans to expand into the City Deal’s new facilities. Not only is it extremely exciting news for the Welsh economy, securing additional jobs and investment, but it further cements Wales as a world leader in this state of the art technology.

“With the world’s first compound semiconductor cluster located here in South East Wales, we are punching well above our weight in developing technology which not only plays an increasingly vital role in the way we live our lives today but will drive innovation which will shape the world we live in tomorrow.”

“Compound semiconductors are rapidly defining 21 century technologies and Wales is uniquely positioned to be centre stage of this global, high-tech industry sector.

“This dedicated compound semiconductor facility between Cardiff and Newport will act as a key component of the burgeoning cluster that is already cementing Wales reputation for technology leadership.

“The initiative is a shining example of what can be achieved through collaboration. The Welsh and UK governments, along with the ten councils that form the Cardiff Capital Region, have worked closely with academic institutes and industry to build an innovation infrastructure that will support and nurture the region as a true global player in new and emerging technologies.

“The facility will become the base for a number of compound semiconductor related activities, including IQE, where we expect to rapidly expand our production capacity to meet increasing demand for our technology.” 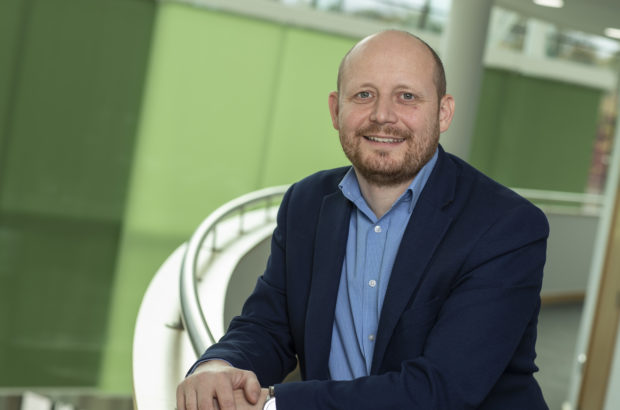 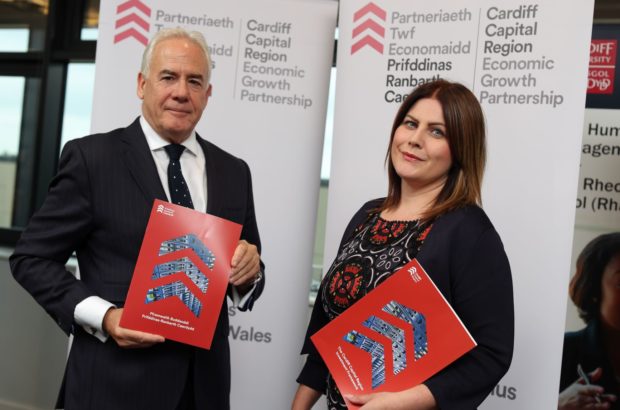